Can a Circuit Breaker Fail Without Tripping? Your 2022 Guide!

By Logan Mullin in Electrical, Home Owner Articles. Last Updated on 11/07/2022.
Back

❓ Can a Circuit Breaker Fail Without Tripping?

The simple answer is: YES, if you have a bad circuit breaker.

Having circuit breakers trip isn’t a sign of a faulty breaker, but if one fails to trip when necessary, it’s time to take action.

When the power goes out, most of us head straight to our circuit breaker.

But what happens if your power goes out and your circuit breaker doesn’t trip?

A failed circuit breaker can be a danger to your home’s safety and may eventually lead to electrical fires and the risk of electric shock.

There are so many reasons why circuit breakers trip that it’s worthwhile doing a bit of investigation and gaining an understanding of your home’s electrical system.

Doing so will help you make the right decision about when to call a professional and when an electrical trip is normal.

⭐ Why Do Circuit Breakers Trip?

Circuit breakers act as a safety valve for the circuits in your home.

If electricity keeps flowing through these overloaded circuits, the risk of a short circuit becomes higher.

Short circuits are the leading cause of electrical fires and electric shocks and can be fatal.

The purpose of the breaker box is to protect your appliances from a faulty current or faulty wiring.

When the breaker detects an electrical overload, it will immediately trip, severing the connection that keeps electricity flowing through that particular circuit.

In fact, a tripping circuit breaker is actually one that’s working correctly.

So, if you have a breaker box that does trip immediately when you plug in an appliance, it’s an indication that the circuit breaker panel works as intended.

Overloaded circuits are relatively common, especially after a home improvement.

Homeowners put in many plugs and new electrical components but don’t consider how that extra electricity flowing can lead to electrical issues.

⭐ Can a Circuit Breaker Fail Without Tripping?

So instead of tripping to break the connection, the breaker allows more energy to flow through the circuit, causing it to heat up.

A bad breaker will often allow an electrical system to operate at a much higher capacity, increasing the risk of fires and other serious electrical issues.

If the breaker box doesn’t receive this minimum voltage, it can start to fail and go bad, leading to electrical issues and potential fire hazards.

⭐ Signs of a Faulty Breaker

The most obvious sign of a fault breaker is that it doesn’t trip when the power goes out.

However, you should also keep an eye out for other signs of a faulty circuit breaker, such as:

Most homeowners aren’t aware, but circuit breakers have a set lifespan and may need replacing.

Ground fault issues from an exposed wire are a common problem

Such as a trip halfway during your use of a power-hungry device.

For instance, if you consistently overload your system with multiple appliances, simply changing your behavior can mitigate your electrical issues.

However, a failing circuit breaker represents a significant hazard, and it’s worth getting a professional to take a closer look.

Remember that a tripping breaker is functioning properly. The point of a fuse box is to protect your wires and appliances from overloaded or short circuits.

Before you test your circuit breaker, make sure that you have the following tools:

If you’re not a professional, avoid trying to remove the circuit breaker or repairing a faulty switch by yourself.

Once you’ve determined if the issue is more amps than your electrical system can handle. Which is causing a circuit overload or a bad breaker; call a professional electrician to continue the repairs.

⚡ Identify the Breaker and What it’s Protecting.

Take a look at the circuit breaker panel or circuit box and find the corresponding room where you have your issue.

Use this opportunity to check for any burning smell or other signs of wear and tear on the breaker panel.

⚡ Unplug the Relevant Appliances and Devices

Once you’ve found the relevant circuit, unplug any electrical devices connected to that circuit.

Again, if you’re not 100% of what electrical components connect to a particular circuit, err on the side of caution and unplug all of your electrical devices.

If the switch still works, reset the circuit breaker.

You can do this by moving the switch to the OFF position and then back into the ON position.

Now you can check what the circuit breaker does when you plug your appliances back in.

If it doesn’t trip immediately but trips later when your devices power up, it means that you have an overloaded circuit.

An overloaded circuit happens when you pull more amps than your electrical system can handle.

The tripped circuit breaker means that it isn’t the problem and rather that you need to consider moving electrical current to another, non-overloaded circuit.

A slightly more advanced way of checking if you have a bad breaker is with a digital multimeter.

You don’t need a professional electrician’s high-end multimeter; just a simple one will do fine.

As with the previous steps, disconnect your appliances from the circuit.

Make sure the switch is in the OFF position.

Remove the panel screws and gently remove the cover from the box.

Doing so will allow you to measure the voltage and current running through a conductor.

The multimeter will then display a voltage if you have a functioning circuit breaker.

You should either see 120 V for a single-pole or between 220 and 250 V for a double-pole circuit breaker.

If the multimeter shows 0 V, then you know that you’ve got a bad circuit breaker, and it’s time to call an electrician.

⭐ What to Do if Your Circuit Breakers Trip

Whether you have a malfunctioning panel or if your circuit breaker trips immediately – indicating a short circuit, your first step is always to contact a professional electrician.

Circuit breakers play a vital role in ensuring that no more electricity passes through your circuit than is safe.

While you can do a small test and unplug your appliances, reset your breaker and see what happens, the best course of action is to consult a professional.

Unlike other DIY projects, working with your home’s wires can be dangerous. However, electricians understand the risks of their work and have the know-how to mitigate them.

You may think a quick replacement is simple with a circuit breaker fails, but it requires experience and an understanding of electrical safety.

Don’t delay when it comes to electrical issues.

A faulty circuit is a massive fire hazard and can potentially lead to electrical fires or electrical shocks.

In the meanwhile, make sure that you’re not overloading your circuits with excessive appliances.

If you have multiple power strips packed with plugs, the chances are that you’re the cause of the short circuit every time you start up multiple power-hungry devices at once.

Consider adjusting your usage or moving appliances onto a different, less-overloaded circuit.

If you live in the North or Central Okanagan area and need an electrical professional to diagnose your electrical issues, contact Phyxter Home Services.

We’ll send one of our trusted electricians to diagnose your problem and recommend the appropriate repair.

You can count on exceptional service and affordable prices when you hire Phyxter Home Services for your electrical needs. 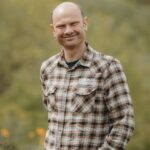