By Russell Jones in Home Owner Articles, HVAC, Ventilation. Last Updated on 11/07/2022.
Back The Phyxter Blog is reader-supported. Purchases made through links may earn a commission (at no cost to you). Learn More.

Do You Need a Duct Booster Fan?

Do you ever feel frustrated by your HVAC system’s inability to provide conditioned air to some of the rooms furthest away from the central air conditioning system?

You are not alone – insufficient airflow is one of the most common AC complaints that clients ask about.

We speak to many people who are at a loss as to why their expensively installed HVAC system can serve some rooms much better than others.

While there are plenty of reasons for this, one of the main ones tends to be a small or weak fan incapable of moving the right amount of cooled air through the ductwork and out of the vents.

In cases like these, it is recommended that homeowners install an air duct booster fan for their heating and cooling system.

In this article, we take you through the ins and outs of HVAC booster fans to help determine whether installing one in your home may solve your issues.

What Is a Duct Booster Fan?

An AC duct booster fan is a fan that can be attached to the ductwork in an HVAC system.

Designed to increase the airflow to the more distant parts of a home, a duct fan will typically be installed in long sections of ductwork and then hooked up to an electricity supply.

There are two main types of HVAC Booster Fans:

Do inline duct booster fans work? Yes! Inline duct fans are built to be installed inside the ductwork itself.

Because they can shift large volumes of conditioned air, inline fans are often used in larger properties with extensive networks of air ducts.

They are designed to replace a section of regular ductwork, so choosing one with the exact dimensions as your existing ducts is essential.

An inline booster fan will cost around $30 to $200 (not including installation costs), but once installed, they are cheap to run and does not use much electricity.

Instead of being installed as part of the ductwork itself, register booster fans (sometimes called an inline duct fan) are designed to replace the registers in rooms that are receiving low airflow or uneven heating or cooling.

Register fans are cheaper and cost less to install. They also plug directly into the wall.

Some of the better models have thermostats, variable speed options, and remote-control operation.

Register booster fans will typically cost between $30 and $99.

However, the amount that you save on a single unit will likely be offset when you have to install multiple fans in each room in which you need to increase air flow.

A register booster fan may not solve the airflow problems in an HVAC system on its own, but it can help increase air circulation in a number of ways.

What are the Advantages of Duct Booster Fans?

The advantages of duct booster fans are you don’t necessarily need to upgrade your whole HVAC unit to get more constant temperatures throughout your home. By improving the airflow in longer sections of ductwork, you can help remove those hot and cold spots in your home.

They are specifically used for:

Modern HVAC systems have revolutionized how we heat and cool our homes.

However, merely installing a powerful new AC unit or furnace may not yield results if you live in a home with ductwork from another era.

Old ductwork did not use today’s airflow technology in its design and often fails to pull air through the system to supply all rooms of the house, evenly leaving you with warm or cold spots in your home.

In cases where you have old ductwork, installing a duct booster or set of register fans can often be much more cost-effective to help move the air through the ductwork better.

Larger properties with many rooms or several floors often require complex ductwork systems to connect the whole indoor environment to the HVAC system.

By the simple laws of thermodynamics, a more extensive system of ductwork will mean that warm or cool air will be lost due to low airflow to rooms that are further away from the HVAC unit.

Booster fans can effectively move air past the many bends and divisions that usually feature in larger networks of ductwork to improve your heating and cooling.

Inline booster fans can be placed strategically near sections with registers to help pull more of the air past them so that more of it reaches underserviced rooms and areas.

In some cases, booster fans can be used to effectively put a bandaid on an HVAC unit that is not working that well anyway.

We do not necessarily recommend doing this, but some people install booster fans or register fans to increase airflow to avoid paying money for repairs or a new HVAC unit that is capable of pushing through higher volumes of conditioned air.

When a Duct Booster Fan Will Not Work

In several cases, installing a duct booster fan will not provide the necessary solution.

For example, if your ductwork is old and has cracks and holes through which air is escaping, it is unlikely that simply pulling through more air will make much difference to the airflow volume in the home’s hard-to-reach rooms.

Similarly, if your AC or furnace unit is old and worn out to no longer produce sufficient conditioned air, increasing the airflow with a fan will have no effect.

Before installing a duct booster fan, you should first check that the other parts of your system are working correctly, such as your AC fan.

Your airflow problems may be caused by damaged or leaky ductwork or a condenser needing replacement.

It can even be caused by something straightforward like clogged air filters.

All of these issues can restrict airflow.

If you want to install a duct booster fan, you should contact an experienced HVAC technician for advice.

They will perform a series of tests and diagnostics to ensure that your poor airflow problem is not the result of any underlying problems with your existing HVAC system before recommending that you proceed with the installation.

You may need a new HVAC system.

🛑 Attempting to do the job independently is not recommended if you have no prior HVAC training and experience, as working with ductwork can be complicated and require specialist knowledge and tools.

Contact Phyxter Home Services when you need an HVAC professional to restore your home’s comfort.

Check out our page on HVAC Services for more information or a free estimate in your service area.

One of our trustworthy technicians will pop around and inspect your ventilation system and answer any questions you might have.

We also offer AC maintenance plans to save you money on HVAC repairs.

So make the most of your money and get the right professional advice first. 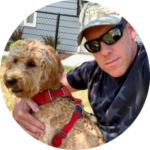