EER VS SEER: How to Use EER and SEER to Compare AC Units We often get asked questions about SEER ratings, but those that have done a little research know that EER is also a valuable means of measuring an air conditioner’s efficiency.

Those who read our articles regularly know that we are a national home services brand headquartered in Canada.

We pride ourselves on giving people honest, straight answers to their questions. In short, we are unbiased.

But when it comes to EER ratings vs. SEER ratings, there are some particular instances to use each.

Both SEER and EER ratings are measurements of an air conditioner’s energy efficiency.

The higher an air conditioner’s SEER or EER rating, the more energy-efficient the unit.

In this article, we will explain what EER is, what SEER is, and finally, when to use EER vs. SEER ratings.

Before tackling the SEER vs. EER debate, let’s look at each individually, starting with SEER. SEER stands for Seasonal Energy Efficiency Ratio (1).

This is the most common way to evaluate the energy efficiency of an air conditioner.

It is essential to understand that this is only a measure of cooling power and applies to air conditioning.

An air conditioner’s SEER rating is the ratio of how much cooling output or cooling capacity of an HVAC unit over a typical cooling season.

This is measured in BTUs or British Thermal Units (2), divided by the total electric energy input consumed in watt-hours.

It is the average over a cooling season.

All modern AC units come with energy guide labels that list the unit’s SEER value as a number ranging from 8 to 30.

However, there are few air conditioning units more efficient than SEER 23.

So, for instance, an AC with a value of SEER 23 will be far more efficient than a unit with a rating of SEER 14.

SEER can be misleading.

People often don’t realize that your air conditioner’s SEER is a ratio that only applies to a very particular set of test parameters that cover a pre-set temperature range.

The problem with this is that when SEER is calculated, it is calculated across the same universal range, regardless of where the person purchasing the air conditioner lives.

So although SEER is a universal measure of energy efficiency, it can be misleading because the average outdoor temperature range in Salt Lake City is far different from the average summer temperatures in Seattle, WA.

Yet, the same SEER rating would be on the tag in each.

✅ How to Calculate Your Equivalent SEER Rating for Your Climate Zone.

As a guideline, SEER is calculated across a wide temperature range, but the average of that range is about 83 Degrees Fahrenheit. So if 83°F (28°C) is the average summer temperature for your area, then an air conditioner unit’s SEER value is spot on for your home.

However, if your area is hotter, subtract 2 points from a unit’s SEER rating for every ten degrees above 83°F, which is your area’s average temperature.

For instance, average summer high temperatures in Los Angeles might be 93°F degrees.

Again, before tackling when you should use SEER or EER, you need to know each of them.

EER stands for Energy Efficiency Ratio (3) and is an older means of calculating energy efficiency rating than SEER. This has been in use since 1975.

Whereas SEER measures seasonal efficiency ratings, an HVAC system’s EER is more of a constant.

EER is more of an engineering number than a marketing number used extensively by HVAC technicians.

However, EER values are often used when looking at smaller window AC units when calculating a SEER value would be impractical.

No extra seasonal temperature changes are factored into a unit’s EER rating.

✅ The Advantages of an Air Conditioner’s EER Rating.

If you read the section on a unit’s SEER value, you know that SEER is a good approximation of your AC unit’s efficiency if the average summer temperature in your area is around 83°F (28°C), but it can be misleading if you live in Seattle or the South.

Conversely, an EER value is an objective, set standard that can be used to directly compare two air conditioning units without worrying about the seasonal changes in your area.

For instance, how a SEER 21 rated air conditioner operates during the summer in Utah, is far different from how it will perform in a Seattle summer.

EER is best used if you live in an arid climate with high average temperatures.

The numbers won’t accurately reflect your energy bills over a year if used in more moderate climates.

You can start shopping for more energy-efficient air conditioners now that you know about energy ratings.

So now that we know the differences between SEER vs. EER, we can look at when to use each. As we discussed, SEER is a great way to understand how a cooling system operates throughout a cooling season.

Likewise, a unit’s EER is an objective way to measure an air conditioner’s efficiency, but here’s when to use each:

✅ When to Use SEER

SEER is the most common. SEER can compare one AC unit to another directly and is most commonly encountered when looking at large, central air conditioning units.

However, it should not be used to measure how efficiently your new air conditioner will operate or how much money you can expect to save without making a calculation.

As discussed above, a SEER rating is only a rating based on a standard test across a specific seasonal temperature range.

As such, use the SEER section calculation above to figure out your equivalent SEER rating for your climate zone, then make the best informed decision for your area.

Once you’ve found the equivalent SEER rating for your area, you can easily calculate your expected energy used and money saved.

SEER estimates how much energy your new unit will use in a year, accounting for seasonal changes.

✅ When to Use EER

Because it is not diluted by additional inputs, the EER value, in our opinion, is the most accurate way to compare two different AC units.

But remember, I’m a contractor, not a homeowner.

Therefore, you have to realize that the EER value will not give you an accurate representation of your energy bills over a typical cooling season.

⭐ Which is Better for a Homeowner, EER or SEER?

To be perfectly honest, it can be hard to even find a central air conditioner’s EER value without digging into some manuals.

EER is mainly used on smaller window air conditioners, whereas using SEER would be impractical.

Some manufacturers will display it, but it is used far less frequently than a SEER value.

However, they are being listed more frequently, so you might be able to find them!

The most important part is to compare apples to apples.

So, when shopping for a new air conditioner, compare SEER to SEER or EER to EER.

In general, if you are a homeowner, I would use the SEER value to compare units to one another if you live in a more moderate climate.

For example, I’d use a unit’s EER value if you are looking at a window AC unit or living in an arid climate like Southern Utah or Arizona.

SEER and EER ratings can be super helpful in comparing different AC units to one another but are not the end of the road to increasing your efficiency and decreasing energy costs.

More critical than SEER or EER would be an HVAC unit’s cooling capacity and whether it is the proper size for your house.

If you pay the money for a SEER 21 unit that is too big for your house, it will not run as efficiently as possible.

Additionally, a SEER 21 air conditioner will only run efficiently if installed correctly.

I can’t emphasize this enough: research your local HVAC contractors. What good is spending the money on an awesome HVAC unit if installed improperly?

I hope this article has helped you understand the pros and cons of using EER vs. SEER and what they stand for.

If you live in the Okanagan Valley, give us a call.

We can set you up with the right air conditioner with a good seer rating for your home, professionally installed by the best HVAC technicians on the market.

2. Trane, BTU: What does it mean for you and your air conditioner, retrieved from https://www.trane.com/residential/en/resources/glossary/what-is-btu/ 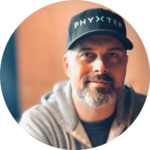